ABOUT THE POWER 100 LISTS

Power 100 is the research and analytical arm of The British Publishing Company.

The British Publishing Company has created a network of the UK’s top-performing companies and individuals through its annual Power 100 rankings. It currently publishes eight annual Power100 Parliamentary Review league tables as well as undertaking our series of PowerTalks conferences featuring the most innovative and influential speakers within their sectors..

Participation within each Power 100 is based on a number of criteria. Those invited to be included within a Power list are primarily people who, either through position or personality exercise a significant power that influences events and sets parameters in the conduct of their organisation, the climate of political debate and the shaping of new ideas.

The 100 names are promoted extensively and included in the Power 100 Parliamentary Review which is distributed to all Members of Parliament, the House of Lords and Key business and Corporate influencers on a regional, national and international level.

Over 3000 key influencers and power brokers have attended our invitation-only dinners and awards events, including our annual flagship Power 100 event which takes place in London each year 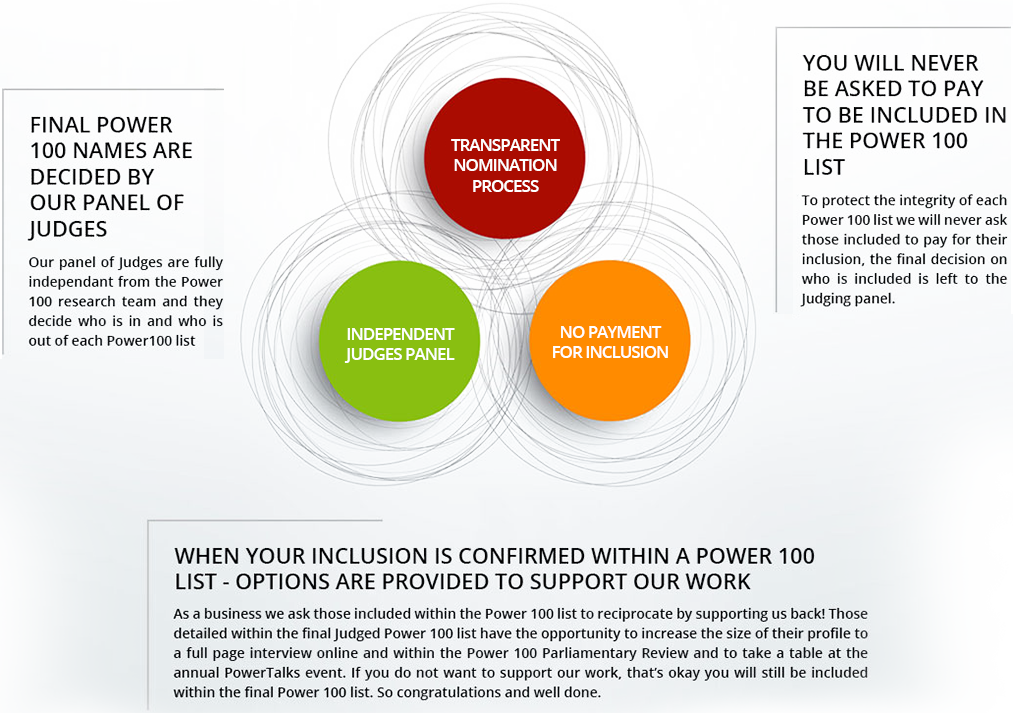