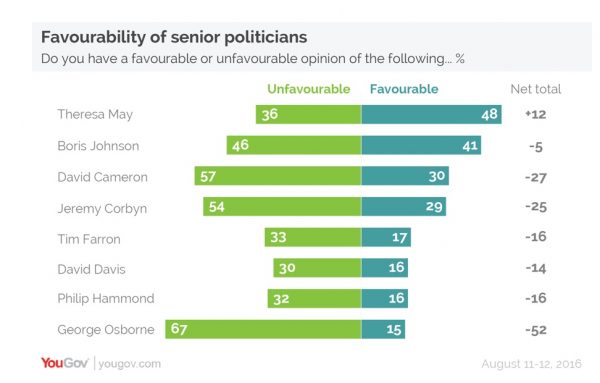 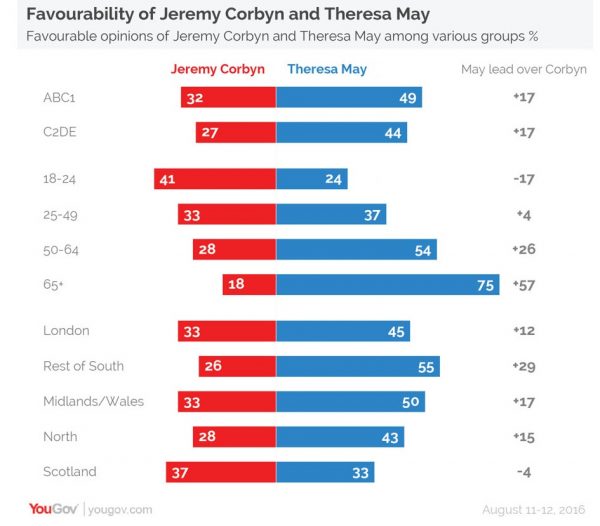 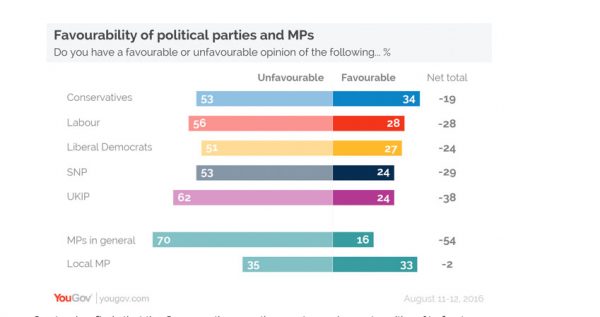 In August 2016 a YouGov survey showed that Theresa May was the UK’s most popular politician. Over 48% of people had a favourable view of the Prime Minister, against 36% who viewed her unfavourably

In terms of those with favourable opinions, Theresa May is fourteen points more popular than her party – vital for any politician who seeks to appeal beyond their party’s usual support base. In fact, Theresa May is seen far more favourably among C2DE voters – the Labour party’s traditional support base – than Jeremy Corbyn is, at 44% vs 27%.  She is also much more popular than him in every region of the UK except Scotland. Whilst Corbyn is very popular among the youngest voters, being viewed favourably by 41% those aged 18-24 (who are notoriously hard to get to turn out on election day), May edges him by four points amongst 25-49 year olds, beating him 37% to 33%.

Over the next three months Political Power 100 will be providing data on the most popular political players as identified through our own market research which will help us determine and pinpoint shifts in attitude and opinion towards the final Political Power 100 list.

The British Publishing Company takes great care with data collection and has invested heavily in state-of-the-art data collection technologies.   Our researchers and interviewers are thoroughly trained in data analytics and consumer and business-to-business interviewing.